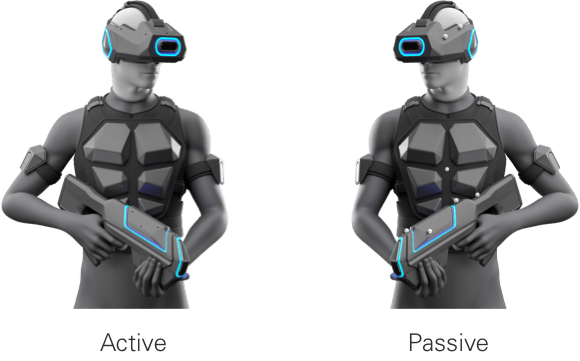 At the core of OptiTrack Active are infra-red LEDs synchronized with OptiTrack’s low latency, high frame rate, Slim 13E cameras, thereby delivering real time marker identification as well as positioning. This differs from OptiTrack’s passive solution, which requires that reflective markers be configured in unique patterns for each tracked object. This can add a great deal of complexity for high volume manufacturing and large scale deployments of HMDs or weapons. With OptiTrack Active over 100 objects can be tracked simultaneously over areas greater than 100’x100’ (30mx30m), while maintaining world leading precision and low latency.

“We heard the market loud and clear - the leaders in the out-of-home VR space wanted all the tracking performance that OptiTrack systems deliver, but with a way that allows them to build and deploy 500 identical HMDs, not 500 slightly different configurations. The result is the best active tracking system ever built and the lowest cost to rollout to dozens of sites” said Brian Nilles, OptiTrack’s Chief Strategy Officer. “The Slim13E camera, designed specifically for OptiTrack Active, delivers 240fps freeze frame capture and is also 40% lower cost than its passive tracking equivalent. We delivered in every category, one sku manufacturing, dramatically lower overall system cost - and we even improved the tracking quality.”