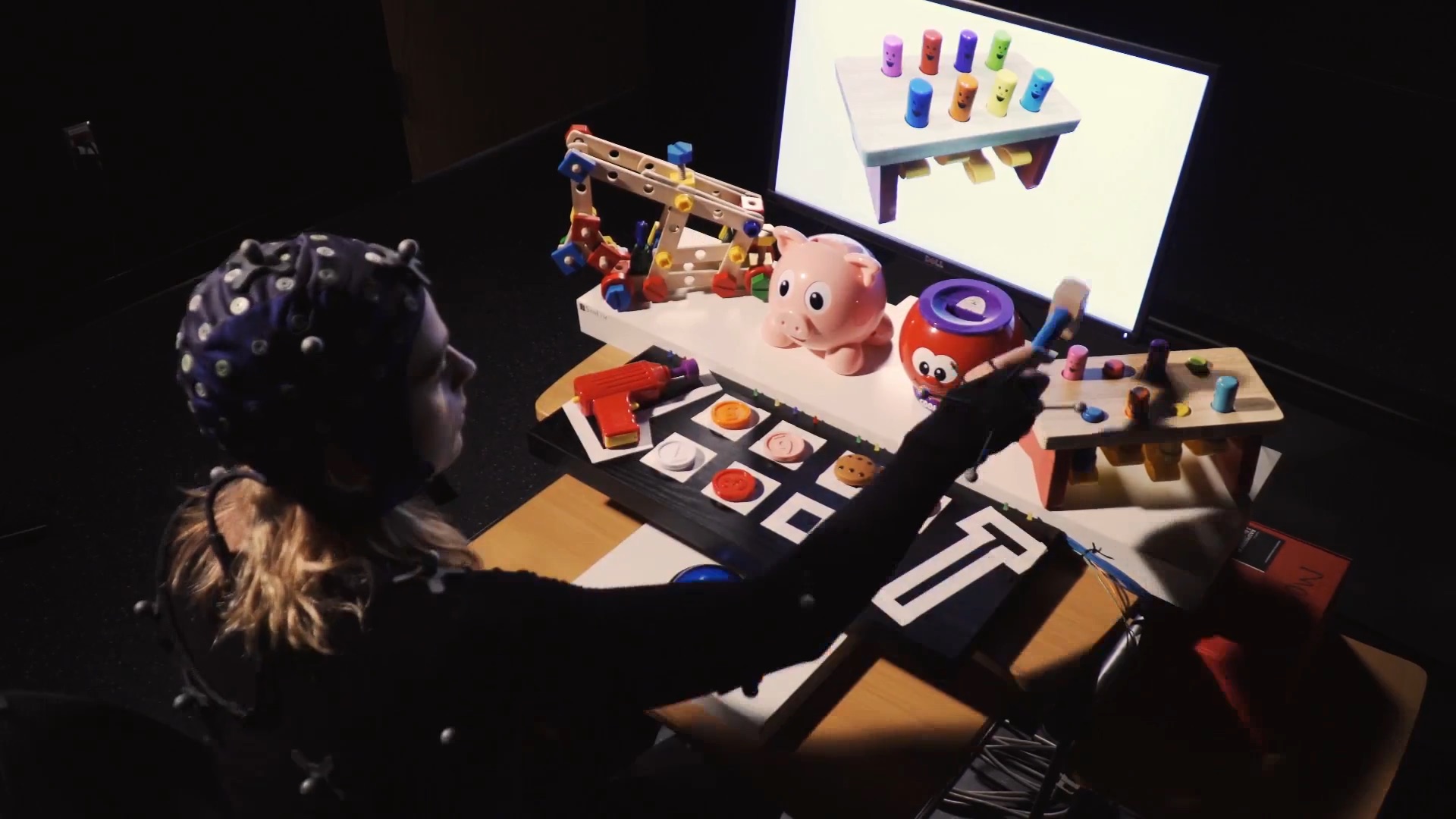 "Many studies of brain activity occur in controlled environments where study subjects are sitting in a sound proof room staring at a computer screen," said John Foxe, Ph.D., director of the URMC Del Monte Institute for Neuroscience. "The MoBI system allows us to get people walking, using their senses, and solving the types of tasks you face every day, all the while measuring brain activity and tracking how the processes associated with cognition and movement interact." 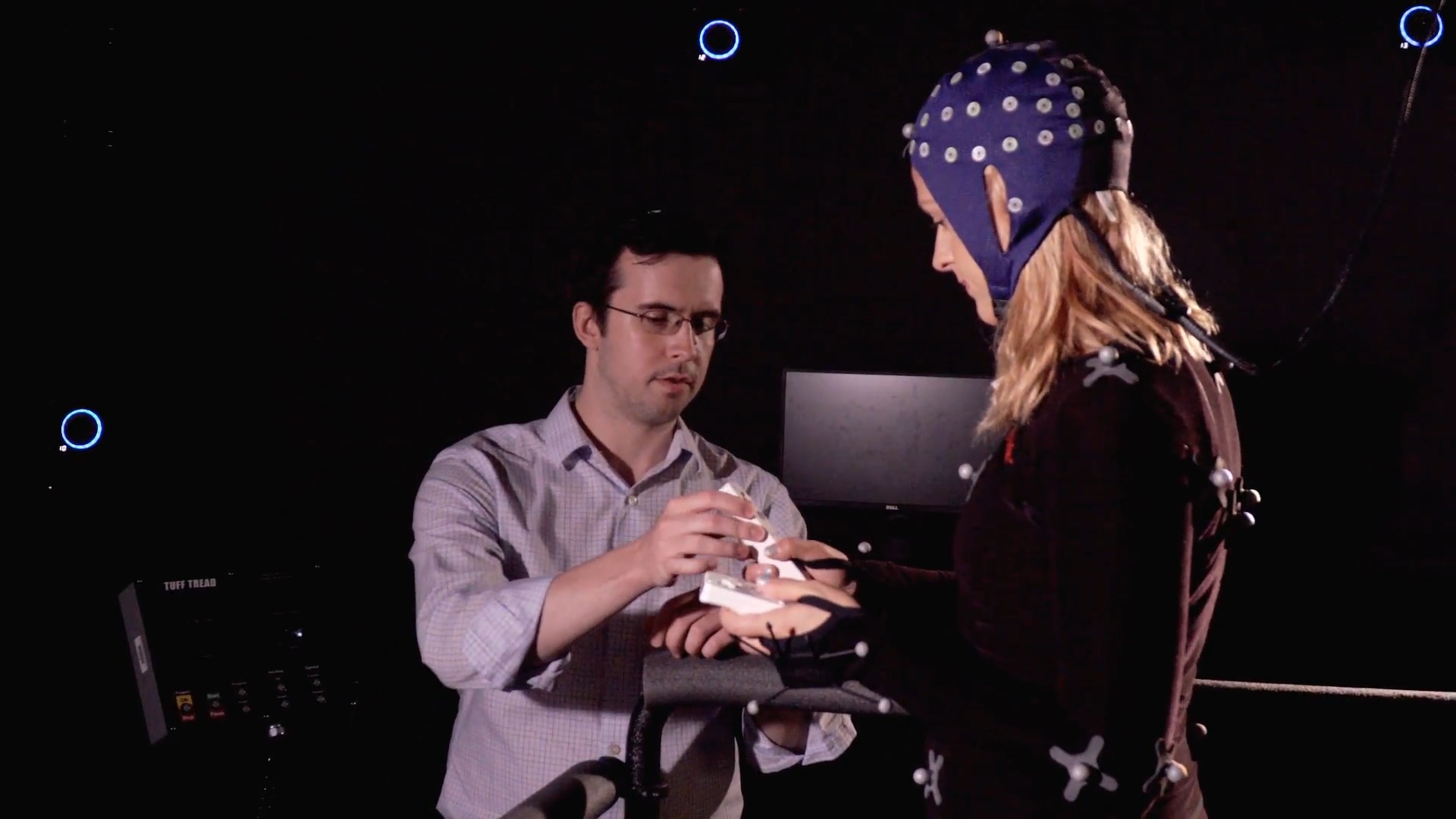 Motion tracking and EEG data are synchronized, allowing researchers to track the areas of the brain that are being activated when walking or performing tasks and to study how the brain responds to each individual activity, or both at the same time.

The information could provide new insight into developmental diseases like Autism, which is often characterized by difficulty in processing sensory information from multiple sources and an abnormal gait. People with Alzheimer's, dementia, and sports concussions also experience movement difficulties.

"There is competition between the processes that allow you to walk well and the processes that allow you to think well," said Ed Freedman, Ph.D., an associate professor in the Del Monte Institute and principal investigator in the Cognitive Neurophysiology Lab. "We don't fall when we are sitting at a desk performing a task, we fall when we are walking down the street, avoiding traffic and other people, checking our phone, and thinking about what we are going to cook for dinner. We can use the MoBI to reveal underlying problems in the allocation of cognitive resources in individuals with neurological disorders because we are essentially stressing the system by asking them to perform task while on the treadmill."

Researchers are currently using MoBI to establish a dataset with healthy individuals, as a baseline of brain activity that can be compared to people with neurological disorders to identify new "signatures" of disease and brain processes that can be employed during clinical trials.

"When you get good measurements of how the brain works and contrast that activity with people who are depressed or suffer from Autism or dementia, you can develop biomarkers – or neuro-markers – of disease," said Foxe. "Using these neuro-markers we can then test whether a given intervention or therapeutic is actually working."

OptiTrack, a Leyard Company, has established itself as the worldwide leader in 3D tracking systems by delivering the very best in 3D precision, low latency output, easy to use workflows, and a host of developer tools. Serving primary markets in Virtual Reality (VR) tracking, drone and ground robot tracking, movement science studies, and character animation for film and games, it remains the favorite solution for academia and professional teams whose tracking requirements are the most demanding in the world.